Home Legal Articles An Advocate Can’t Be Both Power Of Attorney Holder Of Client &... 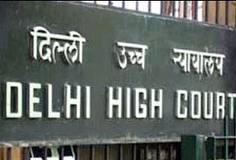 In a very significant development, we see that the Delhi High Court has as recently as on November 17, 2021 in a learned, laudable, landmark and latest judgment titled Anil Kumar and Anr. Vs Amit and other connected matters in C.R.P. 75/2020 & CM APPL. 29472/2020 and others has minced absolutely no words to state in simple, straight and suave language that the practice of advocates acting as power of attorney holders of their clients and also as advocates in the matter, is contrary to the provisions of the Advocates Act, 1961. It also added that, “Any advocate who is engaged by a client would have to play one role, i.e., that of the advocate in the proceedings and cannot act as a power of a attorney holder and verify pleadings and file applications or any other documents or give evidence on behalf of his client.” It must also be added here that the Court was dealing with three petitions arising out of three different suits pertaining to the same property.

To start with, this brief, brilliant, bold and balanced judgment authored by a single Judge Bench of Justice Prathiba M Singh of the Delhi High Court sets the ball rolling by first and foremost putting forth in para 1 that, “This hearing has been done through hybrid mode.”

As we see, the Bench then points out in para 2 that, “These petitions arise out of three different suits relating to the same property bearing No. WZ-50B-F, measuring 281 sq.yds. out of khasra No.698, situated in the abadi of Old Lal Dora (1908-09) of Village Basai Darapur, Delhi.”

Needless to say, the Bench then states in para 3 that, “C.R.P. 75/2020 arises out of the impugned order dated 18th November, 2019, in CS No. 734/2018 titled Amit v. Anil & Ors., by which the application of the Petitioner/Defendant No.2 (hereinafter “Defendant”) under Order VII Rule 11 CPC has been rejected. In the other two petitions, the applications under Order VII Rule 11 CPC have been dismissed in default.”

Most significantly and also most remarkably, what forms the nucleus of this extremely commendable, cogent, concise, composed and convincing judgment is then laid bare in para 7 wherein it is stipulated that, “It is made clear that the practice of advocates acting as power of attorney holders of their clients, as also as advocates in the matter is contrary to the provisions of the Advocates Act, 1961. Any advocate who is engaged by a client would have to play only one role, i.e., that of the advocate in the proceedings and cannot act as a power of attorney holder and verify pleadings and file applications or any other documents or give evidence on behalf of his client. This aspect has to be scrupulously ensured by all the Trial Courts. This legal position has been settled by various decisions. In Baker Oil Tools (India) Pvt. Ltd. & Ors. v. Baker Hughes Ltd. & Ors., 2011 (47) PTC 296 (Del), the Court held:

“Thus as is manifest from the said rule, it would be a professional misconduct if a lawyer were to don two hats at the same time. However not only that, the partnership firms have a hurdle for acting in the said two capacities even under The Partnership Act, as every partner in a partnership firm is an agent of another and if one were to be acting as an advocate for a client, the rest would also be in the same capacity by virtue of agency and the same would be the situation in case of an advocate acting as a client. However, it cannot be forgotten by any who has ever been graced with the honour of wearing the robe that the lawyer is first an officer of the court and his prime duty is to assist the court in the administration of justice. The rules of conduct as per the Bar Council Of India Rules may act as a guardian angel for ensuring the moral conduct of the lawyers but the legacy of the traditions of the Bar cannot be bedaubed by a few for the lucre of commercial gains. A lawyer cannot forget that this is called a noble profession not only because by virtue of this he enjoys an aristocratic position in the society but also because it obligates him to be worthy of the confidence of the community in him as a vehicle of achieving justice. The rules of conduct of this profession with its ever expanding horizons are although governed by the Bar Council of India Rules but more by the rich traditions of the Bar and by the cannons of conscience of the members of the calling of justice of being the Samaritans of the society. Thus the foreign companies and firms must respect the laws of this land and the solicitors and law firms are equally not expected to discharge their duties as clients for these foreign companies/firms. Law is not a trade and briefs no merchandise and so the avarice of commercial gains should not malign this profession. Hence there can be no divergent view on the legal proposition that an Advocate cannot act in the dual capacity, that of a constituted attorney and an advocate.””

Be it noted, the Bench then observes in para 8 that, “The Plaintiff Mr. Amit Ved, is a resident of Bangkok, Thailand. Mr. Sahni claims to be his power of attorney holder. Mr. Sahni has verified the plaint and all other pleadings on behalf of the Plaintiff. He is also appearing as the counsel for the Plaintiff which would be impermissible. However, since in the present case, Mr. Sahni has assured the Court that he would no longer act as an advocate in the matter, no further observations are being passed in this regard.”

Furthermore, the Bench then enunciates in para 9 that, “Mr. Pankaj, who is the power of attorney holder for the Defendants and who has filed the present revision petitions is also present in Court. He and Mr. Sahni who is the power of attorney holder for the Plaintiff, submit that the dispute between the parties have been resolved by way of Deed of Settlement/Memorandum of Understanding dated 30th July, 2021. The original MoU/Deed of Settlement has been shown to the Court and the photocopies have been taken on record. As per the said MoU/Deed of Settlement, a tripartite agreement has been entered into between the Plaintiff in the suit, the Defendants, as also one Mr. Ved Prakash Bhagat who is to carry out construction in the suit property.”

What’s more, the Bench then brings out in para 10 that, “Mr. Aggarwal, appearing for the Petitioner, however, submits that he has not been informed of the settlement and neither a copy of the same has been shown to him. There appears to be some issue between the Petitioner and his counsel, Mr. Aggarwal. Mr. Pankaj who is appearing in the Court is duly identified by Mr. Aggarwal who had filed the present petitions. Mr. Pankaj, has also confirmed that the settlement has been arrived at out of Court, and he had not sought the advice of Mr. Aggarwal, ld. counsel.”

It is worth noting that the Bench then holds in para 11 that, “Since this Court has perused the original MoU and both Mr. Pankaj and Mr. Sahni, confirm that the MoU/Deed of Settlement has been executed, the petitions are disposed of as the disputes have been settled. No further orders are called for in these petitions.”

As it turned out, the Bench then also held in para 12 that, “Accordingly, the parties to appear before the Trial Court on the date fixed, i.e., 28th January, 2022, for presenting the settlement and for recording of the same. At the time of recording of the settlement, the Trial Court, if it deems appropriate may also record the statement of the parties themselves apart from their power of attorney holders. The Parties may appear even virtually as the Plaintiff is stated to be a resident of Thailand and the Court may record its satisfaction after statements of parties are recorded that the settlement is legal, in accordance with law.”

Adding more to it, the Bench then holds in para 13 that, “These three petitions are disposed of in view of the settlement between the parties.”

Finally, the Bench then holds in para 14 that, “A copy this order be circulated to all the District Courts by the Registry.”

In summary, all the advocates must always unfailingly adhere to what the single Judge Bench comprising of Justice Prathiba M Singh of the Delhi High Court has laid down so explicitly, elegantly and eloquently in this leading case that an advocate can’t be both power of attorney holder of client and his counsel also. In other words, the lawyer can’t don two hats at the same time – that of the power of attorney holder of client and his counsel also! The Delhi High Court in this notable case has clearly directed that this has to be scrupulously ensured by all the Trial Courts! It has ably cited relevant case laws also as already discussed hereinabove! So this has to be observed always in practice and not in breach!

It is also made crystal clear in this learned judgment that law is not a trade and briefs no merchandise and so the avarice of commercial gains should not malign this noble profession in any manner under any circumstances. Hence there can certainly be no divergent view on the basic legal proposition that an advocate cannot act in the dual capacity, that of a constituted attorney and an advocate. There can certainly be no denying this in any way! 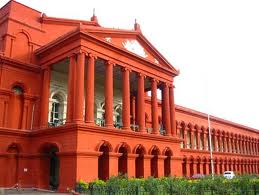 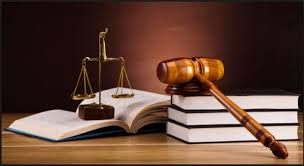 Why CJI Never Dares To Speak Up On Bench In West... 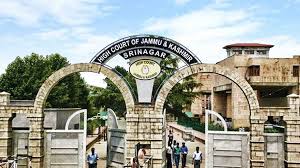