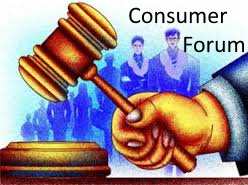 01. Who can approach the redressal agencies established under the Consumer Protection Act for redressal of his grievances?

A consumer, as defined in section 2(1)(d) of the Act, or any voluntary consumer association registered under the Companies Act, 1956 or under any other law for the time being in force or the Central Government or any State Government or one or more consumers where there are numerous consumers having the same interest, or in case of death of a consumer, his legal heir or representative, can file a complaint in writing alleging that an unfair trade practice or a restrictive trade practice has been adopted by any trader or service provider; or the goods bought by him or agreed to be bought by him suffer from one or more defects; or the services hired or availed of or agreed to be hired or availed of by him suffer from deficiency in any respect; or a trader or the service provider, as the case may be, has charged for the goods or for the services mentioned in the complaint, a price in excess of the price – (a) fixed by or under any law for the time being force; (b) displayed on the goods or any package containing such goods; (c) displayed on the price list exhibited by him by or under any law for the time being in force; (d) agreed between the parties; or goods which will be hazardous to life and safety when used are being offered for sale to the public (i) in contravention of any standards relating to safety of such goods as required to be complied with, by or any law for the time being in force of (ii) if the trader could have known with due diligence that the goods so offered are unsafe to the public; or services which are hazardous or likely to be hazardous to life and safety of the public when used, are being offered by the service provider which such persons could have known with due diligence to be injurious to life and safety; with a view to obtaining any relief provided by or under the Act.

03. What are the requirements for filing an Appeal against the orders of the District Forums to the State Commission?

As per the provisions of the Act, any person aggrieved by an order passed by the District Forum may prefer an appeal against such order to the State Commission within a period of 30 days from the date of order. The period of limitation for filing the appeal is to be computed from the date of communication of the order to the aggrieved party. Proviso to Section 15 of the Act provides that the State Commission may entertain an appeal even after the expiry of said period of 30 days if it is satisfied that there was sufficient cause for not filing the same within that period. The procedure for filing the statutory appeal against the orders of the District Forums to the State Commission has been laid down in Rule 8 of the Delhi Consumer Protection Rules, 1987.
04. In case the orders passed by the redressal agencies are not implemented, remedy available to aggrieved person

In case the orders passed by the District Forum or by the State Commission, as the case may be, are not implemented, the aggrieved person has a right to file an Application for implementation of the orders, under section 25 and/or under section 27 of the Act, as he may be advised. 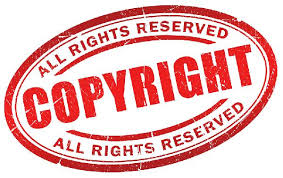 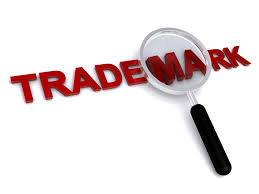 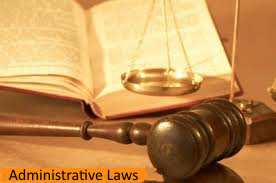 FAQs on Administrative Laws of India